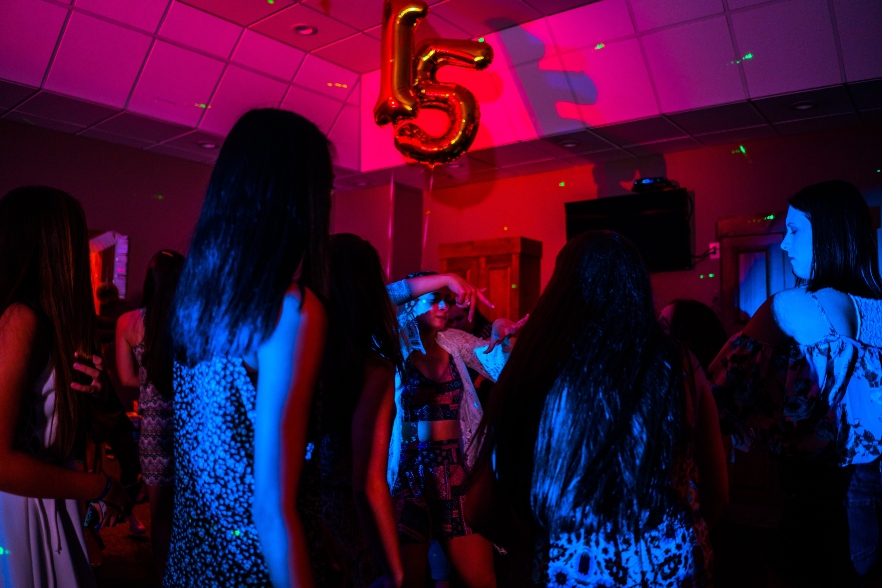 Covid measures look set to end across the UK and a renewed sense of normality is returning. Festivals, gigs and parties are now (or soon will be) fully back on the menu for us all, and for many people, old and young, this brings a welcome opportunity to meet up with friends and have a good old knees up.

If you’re anything like me, you might not feel like you’ve been to a large get-together in quite a while, but I’m sure we can all remember some of the parties of our youth. Personally, I have fond memories of covering an entire basement, floor to ceiling, in tin foil and disco balls to create that ‘authentic’ club vibe (don’t try it – the condensation wasn’t pleasant!). Whilst, as parents, we may now baulk at the idea of allowing our adolescents to host a big party, for lots of teens, parties are an important part of growing up, and they can help to develop social skills, confidence and independence. They are also spaces where numerous different people, with different boundaries, rules and expectations all converge, and, as such, they need to be considered carefully.

I’ve been thinking a lot about parties, teenagers and risk-taking in recent weeks. Interviews with Dr Melissa Oldham, who researches youth drinking, Rachel Lees, a PhD student investigating cannabis use disorder and Fiona Spargo-Mabbs, founder of drugs education charity, the DSM Foundation, have encouraged me to consider what we parents should be doing to enable our children to grow up enjoying the inevitable (and valuable) teenage parties and outings safely. How can we help them to evaluate risk, whether that’s about alcohol, drugs, or other behaviour, effectively?

One strategy chosen by many parents navigating the adolescent path to independence is to allow teens to try alcohol, or even drink it regularly, at home. Unlike any other drug, alcohol consumption is normalised in family life and is generally viewed as a normal rite of passage for young people. Data from the Alcohol Education Trust highlights the fact that it is parents, not peers or siblings, who normally direct children to their first drink. Generally, this is done for the best of intentions; a belief that facilitating ‘safe’ alcohol consumption will protect against later excessive drinking, a damage limitation strategy, if you like.

Sorry to be the bearer of bad news, but sadly, there is little evidence to support the idea that giving children alcohol will teach them to drink responsibly or inoculate them against dangerous drinking. Some research suggests that teens given alcohol by their parents actually tend to drink more, both in and out of the home, than teens who aren’t. The most recent NHS advice states that the safest path is an alcohol free childhood and that, even if children do drink underage, they should not do so until the age of 15 because of potential impacts on the normal development of vital organs and functions and alcohol’s associations with various risky behaviours.

It’s heartening to know that global trends from higher income countries show a consistent decline in drinking among teens. They tend to start drinking later, and when they do drink, they generally drink less than previous generations. However, there is no safe limit for teen drinking, and it’s still something we need to be acutely aware of as parents. So, what can parents do?

Well, we do know that the first place that most young people look to for reliable information on alcohol and drugs is us! As parents, we are in a powerful position to have a positive impact on our teens’ choices.

Significant evidence shows that a strong connection with our children, effective conversations focused on boundaries, risks, potential consequences and the importance of decision making, and careful modelling can make a big difference.

Fiona Spargo-Mabbs’ moving book (based on her experience of losing her son at 16), is full of evidence-based advice on the kinds of conversations that we need to be having with our children. From a young age, talk about making healthy choices. Look at medicine packets and instructions in order to open a dialogue about the potency of drugs, and chat about practices that introduce concepts of risk and harm, such as smoking or the consumption of caffeine. As children become aware of other substances, give them up to date, relevant, factual information, make them aware of the risks, allow space for questions and reflections, stay calm and non-judgemental, and make sure that you agree on clear and consistent boundaries. Whilst many of us like to relax with a glass of wine, it’s also important to consider our own behaviour. Bearing in mind what we are modelling (whilst tricky) is important. We know from research that simply telling teens to say ‘No’, attempting to frighten them with shocking images or stories, or just giving them facts without context or guidance, are not effective strategies.

As teens grow, it’s also a good idea to challenge their perceptions of what their friends might be getting up to. We know from numerous research studies that young people tend to overestimate their peers’ propensity to engage in risky behaviours, including smoking, drinking, sex and drugs and that the belief that ‘everyone’ is doing these things is linked to stronger intentions of engaging in these behaviours themselves. It’s our job to reinforce the point that actually, these activities aren’t as common as they think! According to the alcohol researcher, Dr Melissa Oldham, in universities now, where drinking cultures have traditionally thrived, abstinence clubs are on the rise and social events that are not based around alcohol are gaining in popularity among young people.

Whilst tobacco and alcohol consumption is consistently falling, UK government surveys show that drug use is increasing. In 2019, NHS Digital’s biannual report showed that 59% of 11-15 year olds had been offered controlled drugs and that 38% had said yes, at least once. Unlike alcohol, entry into drug use is not normally through parents, or even dealers, but through friends. As parents, we should aim to help our teens gain clarity about their opinions of drug use and arm them with strategies to navigate peer pressure. We should also nudge them to identify risky situations and encourage them to take their time when thinking through decisions that involve risk, especially when they might feel tempted to find out what all the fuss is about. Role playing potential scenarios can be a useful way to help them build confidence in evaluating risk and saying no, as can thinking about possible stalling or avoidance tactics that they can call upon when needed.

As with so many issues, it’s crucial to pay attention to their digital diet. The online drugs marketplace is developing and adverts or popups selling drugs are commonplace on social media platforms. These may serve to normalise drug taking to young teens. Encouragingly, research shows that exposure to adverts is unlikely to influence young people’s behaviour in the vast majority of cases, though already vulnerable teens may be more at risk. Promote an open culture at home, where your children feel comfortable talking to you if they view things online that concern or worry them.

So, back to parties. If your teen is pestering you to host a party, it’s important to give it serious thought.

I attended the most terrific workshop recently at a senior school hosted by a member of the pastoral team and the brilliant criminal defence lawyer, Harriet Mather. Top tips gained from this workshop: think carefully about the timings of parties (term-time parties can negatively impact on sleep, academic performance and friendships). Why not delay those Sweet Sixteen and 18th parties until exams are over? Think carefully about numbers. In the era of social media, a simple invitation for 10 can easily turn into double that, if everyone ‘just brings a friend’. Agreeing ground rules with your teen is absolutely critical. Which areas of your home are out of bounds? What is the finish time of the party? (good to have one). What arrangements have been made for young people to get home safely? The most important tip that stuck in my mind was to avoid having any sort of ‘punchbowl’ at the party. It is incredibly easy for all kinds of substances to be added into the mix. Lastly, remember, what happens under our roof, you and I are liable for. Don’t be naive. Expect the unexpected. It is not uncommon for drugs to be delivered to parties under the guise of pizzas. It is not uncommon for assaults to take place or for behaviour to get out of control and even recorded for posterity. Stay clear-minded and alert during the party (ask a friend to assist you); be on hand to help, administer first aid where necessary and ensure that young people stay safe.

If your child is planning to attend a party as a guest, contact the parents of the host in advance, especially if you have a young teen. Do your due diligence and be unafraid to ask important questions. Will adults or older siblings be present? Will there be alcohol available? Before your child heads to a teen party, ensure that their phone is fully charged and that they are aware that they can call you at any time. Create a ‘password’ in case they wish to leave urgently.

On a personal note, if I discovered that another adult had given my child alcohol, certainly without my consent, I would not hesitate to call the police. Would you?

Finally, a caveat to schools reading this who are keen to promote alcohol awareness. A recent report found that some schools are inadvertently using alcohol education resources funded by the alcohol industry itself. Always check the sources of any ‘ready-made PSHE resources’ around drugs and alcohol that land in your inbox and be discerning about the material you choose to share. Good luck!

If you are a parent in a Tooled Up school, you can already listen to our informative podcast with Rachel Lees on cannabis use, and soon you’ll also have access to interviews with Dr Melissa Oldham on teen drinking and Fiona Spargo-Mabbs on drug use and education.

You might also be interested in our new resources designed to help spark conversations about the good and the bad in family life, and provide strategies for making family chats more productive and meaningful, particularly where teens are involved. Check out our top ten tips, and keep your eyes peeled for an accompanying template to use before and during these ‘family audit’ meetings, which will be coming to the Tooled Up library soon. If you have younger children, our My Family Life activity is a great way to prompt reflections on the positives and negatives of everyday life.

Don’t forget that we have numerous webinars coming up, all of which are free and exclusive to Tooled Up members and available to book now. Join me on Thursday evening at 8pm for a talk about raising resilient children or grab a place on any (or all) of our expert webinars focusing on eating disorders, next week. In fact, we are running nine webinars during March on subjects as diverse as sex and relationships, dyslexia, ADHD, autism and helping children to thrive academically! Check out the Tooled Up site to find out more. 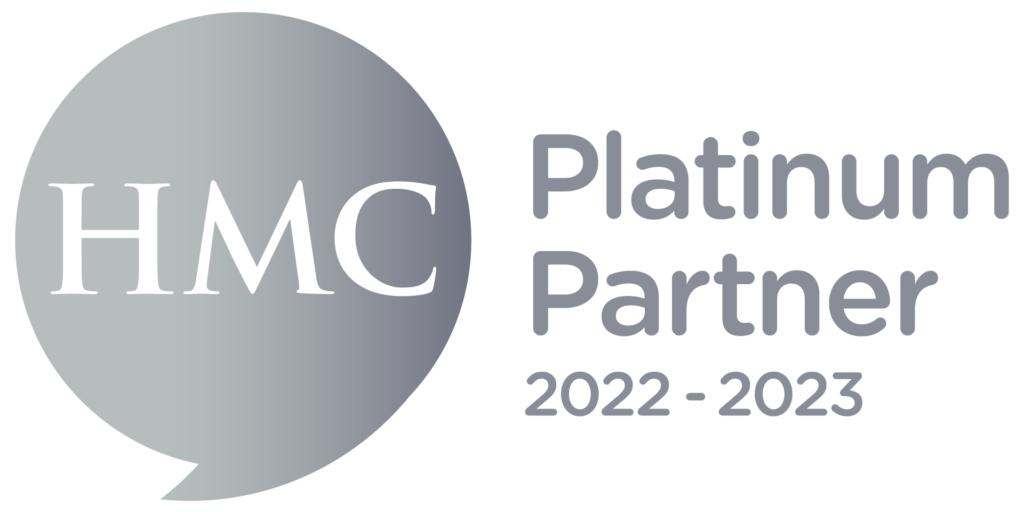