My primary age children are using rude (and highly offensive) language, that I am confident they do not know the meaning of. The eldest has been teaching the youngest and encouraging him to use it. I’m so frustrated. How can I better explain why they shouldn’t be using this sort of language? Should I speak to the parent(s) of the boy they have learnt these words from? 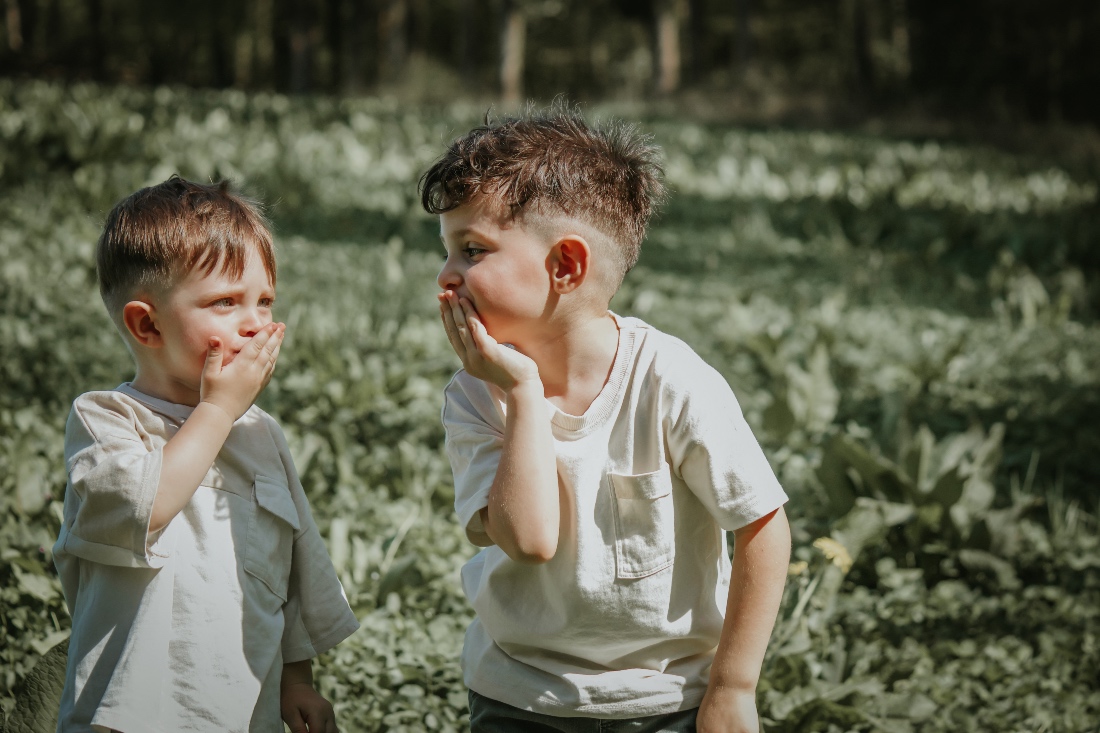 First of all, well done for reaching out about this question, as it’s easy – a whole lot easier – to simply deal with rude words spoken by young children as a bit of silly banter. However, in a world where misogyny and racism are rife, we have to teach our children from an early age that words mean something and sometimes what they mean is highly offensive and can really upset other people. There is a reason why we shouldn’t use them.

You mention that you stopped the car and shouted when you overheard them sharing coarse and offensive language, which I completely understand. You were rightly upset and no one can blame you for reacting in the moment. However, we have established that your eldest is out to shock and if that means shocking you too, well then it will be worth it! So, a new approach might be required.

Reacting ‘in the moment’ in the car

When we are driving and trying to concentrate on the road, it’s important to avoid getting too worked up, for obvious reasons. An effective approach might be to give your eldest a warning that you can hear him using offensive language and to tell him calmly that you are going to have a very serious conversation with him about this when you return home. When we react with utter shock and dismay, threatening to wash their mouths out, they win the ‘who can shock the most competition’, which is a pretty powerful and giddy position to be in.

By remaining calm but firm, biding your time until you get home, he is not getting too much attention for his poor behaviour and your response will be much more measured. Moreover, his little brother is not at fault and will need his own separate chat about how inappropriate the lessons his big brother is teaching him actually are.

Once home, and when your partner is present (who you say they pay heed to), tell your eldest that you are going to have a conversation about the language he has been using. There should be some sense of gravitas to the occasion, so it doesn’t feel like a quick telling off when he is watching the telly at the same time (for example).

Start the conversation with gentle exploration. We would like to talk about what happened in the car earlier. Tell Mummy and Daddy more about the words you were using. Are they polite words or rude words? Tell us why you enjoy saying them. Where did you first hear that word? Tell us why you think those words are funny. Why did you want to teach your brother those words?

As part of this exploration, your child might mention hearing words from another child in his life or another person. My first impression is that there may well be a source somewhere out there for this material (an older cousin, family friend or peer?) who may be educating your child with inappropriate language. Can you map out the interactions that your eldest son has had socially and try to locate a possible source?

As part of your exploration, you should also have a good look at what they have been watching online in recent weeks; on the home computer, the family iPad, phones (if they have one) or on YouTube. Your children are not likely old enough to hide their internet history so this should be a relatively straightforward task.

It is worth spending time and a lot of focus on the main conversation with your child about the language they are using. Rather than shouting or raising your voice, try to use your facial gestures and body language to convey displeasure. If your child talks about learning the language from another child, you might suggest you are going to have to talk to that child’s parents about it. You might also discuss how they should respond in the moment when another child tries to teach them something clearly inappropriate or rude. Is it a good idea to repeat it and get in trouble? Or is it a good idea to ignore it? What strategies might work in such situations?

On a family level, talk to your son about family rules and expectations. The whole family might come together to reiterate what is acceptable and what is unacceptable. Involve Granny in the chat (as you have mentioned your son is conscious of her views on things). One rule might be that no one in your family is allowed to use rude words. What might a consequence be for breaching this? You decide. If you are all ‘out and about’ and hear others using bad language in the street, take it as an opportunity to discuss how disappointed you would be if they ever used that word. Don’t be the lone voice! Both parents should be entirely consistent in this regard and always back each other up.

However, it is important to reward your son positively during the week for the times he IS polite and generally courteous. When you see it, catch it! “I love seeing you teach your brother how to catch a ball. What a great teacher you are!” This will help your son begin to see himself as someone who can play a more altruistic and pro-social role as ‘big brother’. He should quickly realise that positive praise feels much better than a parental telling off. We want to wean him off the desire to shock. How can he be encouraged to delight and surprise you in other ways?

If there is another set of parents that you need to explore this all with, it is hard to do, but it is worth putting it to them. How you do this greatly depends on the relationship that you have or don’t have with them. This is all made harder because the summer holidays are upon us and it is tricky to communicate with people over this period. I would be tempted (if you know them well), to say you were shocked by some of the language you heard your child use and wondered if they had heard their child use the same? Do they have any clue where this may have come from? Perhaps you might purposefully organise a playdate and bring it up very clearly with both children present and with the other parents’ consent and knowledge? In this way, it feels much more cooperative rather than combative or accusative in any way.

You do mention in your email that your children get up terribly early in the morning. As a general rule, they should be waking up at least an hour to 1.5 hours after their current ‘crack of dawn’ waking time. Sleep deprivation can exacerbate poor behaviour in general, so this might be an area to take a further look at. You could possibly consider moving bedtime 30 minutes earlier with the strong expectation that no one is allowed out of bed before 7am. Gro-clocks can help here. It is very tempting during the summer to let children stay up and it is easier to do so when rooms are brighter in the morning, but the current sleep advice is not to do that. Children need the same amount of sleep no matter what season it is as it is hugely important for their development, growth and health. When children are sleep deprived, the next day is harder for everyone.

One of the positives that I would extract from your scenario is that your eldest son enjoys words and language. Yes, some of them are highly inappropriate, but there is room to take an interest in his desire to entertain others, finding silly words and riddles and actually using this to positive effect. There are plenty of books around that celebrate silly jokes, riddles and language in ways that can enrich his literacy whilst enabling him to generate the positive attention and chuckles from his friends that he may crave. Perhaps next Saturday night, you invite the kids to put on a little show where they have to surprise and entertain the whole family. Getting used to cultivating the right kind of attention is a fantastic skill to learn at an early age.